Once upon a time, the Toronto International Film Festival was about showing movies. It’s time for a reboot.

“Our main product used to be film,” it says in a new five-year strategic plan, presented this week to TIFF board members. “Now, our main service must be transformative experiences through film.”

Used to be film? Isn’t that like the Toronto Blue Jays saying their main product used to be baseball?

What this means, say TIFF’s director/CEO Piers Handling and artistic director Cameron Bailey, is that in a diverse world rapidly moving online, it’s no longer enough to simply show movies at the fest’s September showcase and in its TIFF Bell Lightbox HQ at King and John Sts.

Facing an industry-wide decline in traditional movie attendance, TIFF hopes to find new ways to engage people, especially millennials, in the digital as well as physical realms. Grabbing eyeballs for the art house and independent productions that are a big part of TIFF’s offerings gets harder by the day as the world spins at the speed of smartphones and social media.

“It’s becoming increasingly more difficult,” Handling says, in an interview in his sunlit Lightbox office, which is decorated with his beloved collection of old movie posters.

“I just think that people’s viewing habits change. You’ve got a physical building here, but of course younger audiences are used to seeing things on tablets and phones.”

Adds Bailey: “There are so many more things calling our attention these days, whether it’s gaming, the rise of premium TV — all kinds of things.”

The “transformative experiences” TIFF refers to in its makeover manifesto, which is entitledAudience First: TIFF Strategic Plan 2018-2022, include boosting the emphasis on educational programs for all ages — from digiPlaySpace to adult learning — and expanding online services that fully exploit the festival’s vast curatorial expertise.

There’s urgency to this effort because, even though TIFF can boast of total attendance of 2.89 million people last year through paid, free and digital offerings, some crucial numbers have dipped:

These numbers are worrisome, but nobody’s panicking — and TIFF’s not alone in its audience and revenue concerns.

Major movie studios and exhibitors are having a bad summer this year with a slate of underperforming blockbuster films. The Hollywood Reporter said this week the summer box office decline might hit 15 per cent below the 2015 take, making the 2017 season among the worst in modern history.

TIFF can take pride in a lot of other numbers. The 2.89 million attendance total for 2016 primarily breaks down to 1.1 million paid admissions (local and global) and 989,000 free attendance (which includes pedestrians traversing the temporary Festival Street closure of King St.). The remaining 801,000 people came through increasing global take-up of TIFF’s online efforts, which including podcasts, video series and newsletters.

There has also been significant growth in attendance to such immersive TIFF endeavours as the digiPlaySpace for kids (which now tours globally), Next Wave for teens and learning courses for adults. And despite a drop in total Lightbox admissions, many of the films screening there have been popular, drawing big crowds for the recent Oscar winner Moonlight, the 3D dance documentary Pina, the cultural-history doc I Am Not Your Negro and a Hitchcock film series featuring director and scholar Guillermo del Toro.

In a larger context, the festival brings in $189 million annually in economic benefits to the Toronto, according to the most recent impact study in 2012. So TIFF is a force that’s here to stay, in a city that’s grown to become the world’s most diverse community of sophisticated film buffs.

But what does TIFF really mean by the phrase “transformative experiences,” the key initiative identified by the Audience First plan?

Bailey says the concept springs from TIFF’s long-held mission to “transform the way people see the world through film.” The line that has become a slogan, part of TIFF’s advertising, and Bailey says it requires scrutiny:

“We actually challenged ourselves. We said, ‘What do we mean by that? How do you transform?’ . . . Film is still the prime object. That’s the art form that we love, that’s what we present to our audience.

“But what is the process of transformation? It’s when you learn more when you come out of the experience of the film with more knowledge, more interest, more curiosity, more passion, more empathy, than you went in. And that is the transformative experience.”

An example of this in practice came in June when TIFF screened the environmental thrillerOkja at TIFF Bell Lightbox, by South Korean auteur Bong Joon-ho. The Lightbox was the only theatre in Canada showing Okja, which screened simultaneously on Netflix.

TIFF helped make this even more of a unique experience by having a live Skype audience Q&A with director Bong, and by selling food and merchandise inspired by the film.

Q&As have long been a popular feature of TIFF festival screenings, and Skype and similar technology allows TIFF to stage such events more often, and for less cost than flying a director into Toronto.

And speaking of money, TIFF is keenly aware that ticket prices are always a concern for moviegoers, especially the millennials whom the fest wants to see more of. Regular tickets for evening and weekend showings of hot films at next month’s festival range from $28 to $35, with premium ducats running $52 to $59 — although there’s a variety of passes and packages that can make the per-ticket price much lower.

TIFF this year is introducing a new weekday ticket rate ($10-$18) during the daytime for people 25 and under, a deal that “took a lot of math to make that work, because we still have to be sustainable,” Bailey says.

Part of the Audience First initiative will be demonstrating to people that TIFF is great value for the money.

“We’re still a cheap ticket,” Handling says. “I go to Soulpepper, to the theatre, and I spend $80 to go a see a play one night. We’re bringing major international talent to the festival, they’re present at virtually every single screening . . . We think the festival provides an incredibly unique experience.” 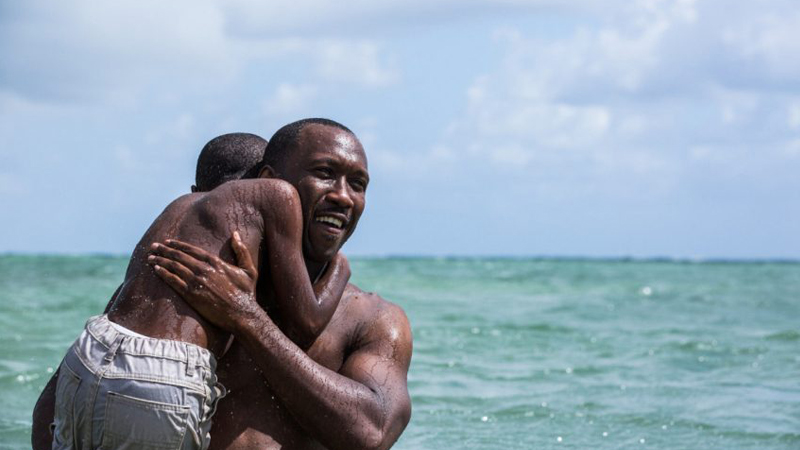