CBC-TV is hoping to tempt Canadian palates as it prepares to deliver its own sweet version of the smash U.K. hit The Great British Bake Off.

A Canuck take on the massively successful culinary competition begins production across the country this month, with the completed eight-episode, hour-long series slated for broadcast this fall.

Like the British original, The Great Canadian Baking Show will see 10 amateur bakers — discovered in a cross-country search — compete in themed culinary challenges. Each week, they’ll face increasingly difficult tests of their skills and creativity. Ultimately, three finalists will vie to be crowned winner.

To whet audience appetite, CBC-TV will air episodes of The Great British Bake Off this summer, ahead of The Great Canadian Baking Show’s fall debut.

From modest beginnings in 2010, the BBC’s Great British Bake Off grew into a ratings powerhouse and pop culture sensation, with the BAFTA-winning show drawing nearly 16 million viewers for the most recent season finale (with estimates that one in five Britons tuned in).

It is credited for reviving interest in baking throughout the U.K. and spawned a host of spinoffs, companion series and re-creations in territories around the globe.

The original production company’s surprising decision to move the hit show to a rival broadcaster – notably without its two hosts and one of its famed judges, who declined to follow along, sparked a major controversy that dominated headlines in the U.K. and resulted in widespread viewer outrage.

Describing the original as “a global television phenomenon,” CBC’s Jennifer Dettman, executive director of unscripted content, said she’s excited for a new version of the show that will “give amateur Canadian bakers a platform to tell their diverse stories and showcase their extraordinary talents on a national stage.” 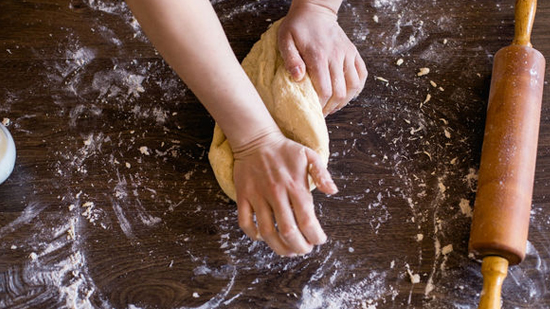