The most visible actress at the 2017 Cannes Film Festival made an impassioned pitch Wednesday as she criticized the slow pace of change in male-dominated Hollywood.

Nicole Kidman, the most visible actress at the 2017 Cannes Film Festival, made an impassioned pitch Wednesday for more female directors of movies and TV shows as she criticized the slow pace of change in male-dominated Hollywood.

Speaking at a morning press conference following the world premiere of Sofia Coppola’s The Beguiled, a star-studded remake of a 1971 Southern Gothic drama steeped in male vs. female tensions, Kidman rattled off statistics showing how rare a film like this is.

Just 4.2 per cent of the major motion pictures of 2016 were directed by women, she said, and in the same year only 183 of the more than 4,000 episodes of TV were female-helmed. The situation isn’t much better for the current Palme d’Or contest at Cannes, where The Beguiled is one of just three films directed by women among the 19 competing for the Palme.

“That’s just a given now. Hopefully, that will change over time. Everyone keeps saying, ‘Oh, it’s so different now.’ It isn’t. Listen to that.”

Kidman, a frequent sight on the Cannes 2017 red carpet as she appears in three films and one TV series premiering here, spoke on a stage surrounded by Coppola and by members of The Beguiled’s mostly female cast: Kirsten Dunst, Elle Fanning, Angourie Rice and Addison Riecke.

Also present was Colin Farrell, the film’s male lead and virtually sole male presence, who joked about “being the token male — and if I’d said token female, then the debate would be open!”

But he backed up Kidman’s call for better gender representation, lamenting the fact that The Beguiled is only the second film of the dozens he’s made in his nearly 20-year showbiz career that was directed by a woman. (The other was Liv Ullman’s Miss Julie in 2014.)

The Beguiled aims to improve the situation a bit by offering a woman’s take on a classic film previously shot from a male perspective: Don Siegel’s 1971 original, starring Clint Eastwood in the role of a wounded Union solider during the Civil War who finds both refuge and intrigue at a Southern all-girls school. Farrell has Eastwood’s role in the remake while Kidman plays the school’s take-charge headmistress, a role previously played by Geraldine Page. (Farrell and Kidman also pair for another Palme competition picture: The Killing of a Sacred Deer, a horror styled on Greek tragedy by Yorgos Lanthimos.)

Director Coppola said she wanted to remake The Beguiled from “a female point of view” but she’s not trying to force people to see it through any particular perspective but their own, when the film opens worldwide in movie theatres next month.

“That’s up to the audience to determine how they want to take it.”

Kidman also spoke up on the biggest controversy at Cannes this year: whether films made by online operators like Netflix, designed for the smaller screens of TVs and computers, should be considered equal to traditional big-screen films shown in theatres.

She said she’s happy to get work in any medium because she loves acting.

“The world is changing and we do have to change with it,” Kidman said. 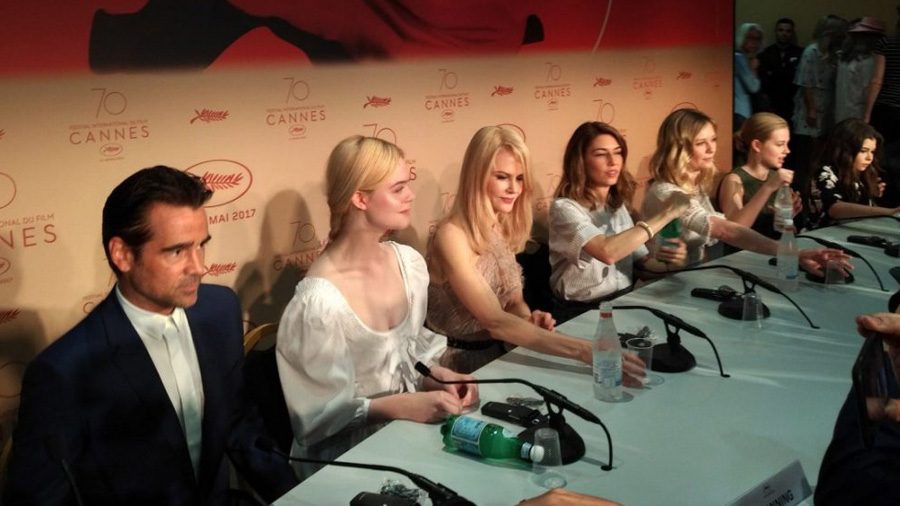