Directors Maya Gallus and Tony Palmer are in the spotlight at this year’s Hot Docs Canadian International Documentary Festival. The directors will receive the Focus On retrospective and Outstanding Achievement Award, respectively, at Hot Docs this year. The news comes from a release from the festival.

Gallus is a force in the Canadian film scene with a strong body of innovative work that challenges stereotypes and representations of women and the LGBTQ community on film. Her credits include Elizabeth Smart: On The Side of the Angels (1991), Erotica: A Journey into Female Sexuality (1997), Girl Inside (2007) and, most recently, the hybrid film The Mystery of Mazo de la Roche (2012). Together with producer Justine Pimlott, Gallus’s Red Queen productions has carved a unique space in Canadian film. (Read more about Red Queens in this POV feature.)

“A filmmaker who has always challenged stereotypes and standards, Maya Gallus is a ground-breaking documentarian, who has consistently focused her lens on female subjects, showcasing women who are rule-breakers and ground-shakers,” said Hot Docs director of programming Shane Smith in a statement from the festival. “Compassionate and curious, her films give voice to the restrictions, roles and rebellions of women in the world, both in front of, and behind, the camera.”

This year’s Outstanding Achievement Award winner, British director Tony Palmer, is a prolific filmmaker who frequently spotlights subjects working in the fields of art and culture. His credits include the Vangelis doc Vangelis and the Journey to Ithaka (2013), Benjamin Britten: A Time There Was… (1979), and the Leonard Cohen doc Bird on a Wire (1974).

“It’s a great privilege to celebrate the work and legacy of Tony Palmer with the Hot Docs Outstanding Achievement Award,” said Hot Docs board member, POV board member and filmmaker Michael McNamara. “He pioneered the form and established the grammar of the creative arts documentary. His love for his subjects and his respect for their work shines through in every one of the uniquely crafted films he’s gifted us with over the past 50 years.”

Please visit hotdocs.ca for more information on this year’s festival. 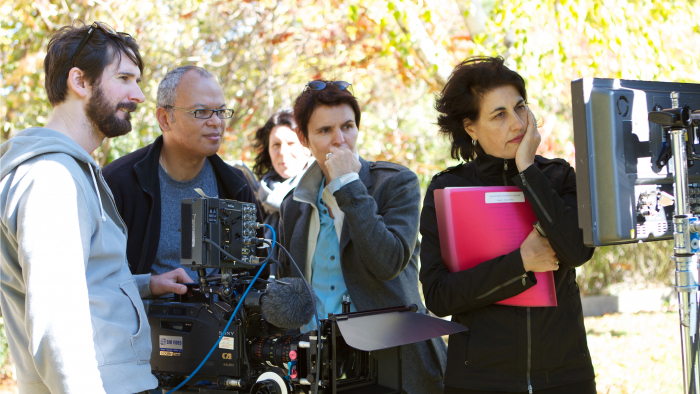