Manifesto might be of the love-it-or-leave-it variety, but in our POV it’s the former. Cate Blanchett gives not one but thirteen award calibre performances in this ingenious hybrid documentary that finds truth in performance. Blanchett plays a baker’s dozen of characters who interpret various artistic manifestos and say that original art is hard to find these days. The range of Blanchett’s performances is impeccable. Through her shapeshifting ability to inhabit the mindsets of different cultural movements, Manifesto demands immersion and commitment to one’s art. It’s an bold film with some of the most incredible work of Blanchett’s career. Read the POV review of Manifesto here.

Catch last year’s winner for Best Documentary Feature at IDFA this week as Zaradasht Ahmed’s Nowhere to Hide hits theatres after a successful run on the festival circuit. Nowhere to Hide follows male nurse Nori Sharif raising his children in Jalawla, Iraq, an increasingly dangerous and inaccessible part of the world. When ISIS advances on Jalawla in 2014 and takes over the city, he too must flee with his family at a moment’s notice, and turns the camera on himself. “One day Nori is saving peoples’ lives, the next his family is in a car and they’re fleeing for their own future,” writes Fionnula Hannigan at Screen. “Nowhere To Hideis the most recent film to document the tragedy of the Middle East in such specific terms that the viewer is also given little escape.”

Hot Docs marks Canada’s 150th birthday with the valuable anthology film In the Name of All Canadians. This original production from the festival offers six short documentaries that consider violations of the rights and freedoms that we assume to be afforded to all Canadians. In the POV review for the film, we say, “In the Name of All Canadians does away with the navel-gazing, backslapping, and self-congratulation of Canada 150 to force the next part of the national conversation. A century and a half is a major birthday and the milestone invites collective self-reflection.” This doc is a far better way to mark Canada 150 than astupid rubber duck or a cross-Canada maple lobster bacon burger. Read the POV review of In the Name of All Canadians Here! 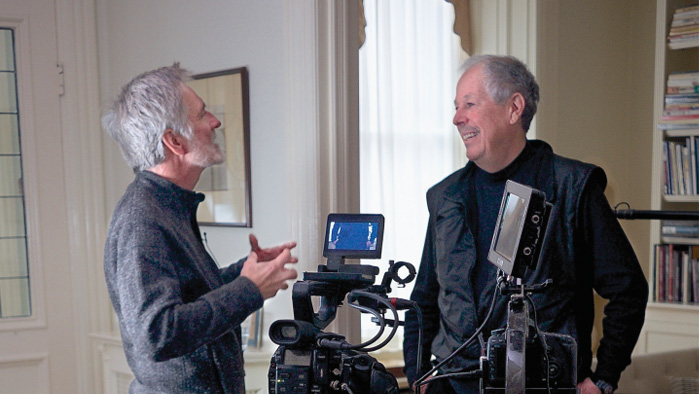