You can’t walk the sprawling floor of the Las Vegas Convention Center without tripping over a speaker, an appliance, or even a robot or two that supports Alexa. Amazon’s voice assistant is clearly the darling of CES 2017.

This may well be the year you switch from tapping and typing on touchscreens to simply shouting commands. Many platforms, from Apple’s Siri and Micosoft’s Cortana to Google’s Assistant and Samsung’s Viv, want to be your conversational partner, but Alexa easily leads the race. The winner will claim a sweet prize. Just how big is the subject of not a little speculation, but the best estimate pegs the market for digital assistants at $3.6 billion by 2020.

These things will be everywhere. You’ll find dozens of Alexa-enabled devices at CES. Ford rolled in with a car that summons your assistant with a button on the steering wheel. Klipsch built a speaker with an Echo Dot-sized hole at the top. Whirlpool appliances respond to commands barked at your Echo. Before long you’ll change channels on your Dish Hopper DVR just by yelling at it. Even your LG fridge will work with Alexa to play music, set timers, and tell you how many tablespoons are in a cup (16).

In many ways, Amazon’s success grew from its willingness to share its tech. When I tried the Lenovo Smart Assistant Speaker, a dead ringer for the Echo, I heard someone ask why Amazon would let anyone build a competing product. Mike George, the Amazon vp in charge of Alexa and Echo, finds such questions almost silly. “We’ve always approached things the same way, trying to be as open as possible,” he says.

Amazon once packaged and shipped books it bought from vendors. Then it launched Amazon Marketplace, letting anyone use Amazon’s e-commerce and fulfillment tech. It now comprises half of Amazon’s business. It’s the same story with Amazon Web Services, the massive cloud computing infrastructure that generates billions in revenue hosting pretty much anything for anyone. Working with buyers and sellers has always been part of what makes Amazon successful. And so it seems almost logical that it would offer developers the tools needed to build Skills (which are basically apps) for Alexa products, or to integrate Alexa into their products. The process is so easily accomplished that George says the company constantly discovers products with Alexa baked in that no one at Amazon heard about ahead of time.

Last year, countless consumers started interacting with those products, and those powered by Siri and the rest. CES offered a glimpse of a world where people interact not with a single voice-powered box in the living room, but with a platform that stretches from the bathroom to the car to the office and beyond. Digital assistants, and Alexa specifically, are everywhere.

Making so vast a system work seamlessly is complicated. The key, George says, is your interaction with Alexa must be the same everywhere. But the features may vary. “I can imagine that if I have that new LG fridge, I might do more kitchen-related things there,” he says. On Amazon’s Fire TV products, for instance, Alexa can’t set timers or alarms, because why would you need it to? Some Alexa-enabled products have screens, others don’t. That raises another set of questions. “What happens when there’s no screen involved?” George says. “What about when there is a screen? Is there anything different about the heads-up display on a car?”

These aren’t theoretical questions. Amazon put Echos in every room at the Wynn hotel during CES, only to discover some complications. Staying in a hotel brings specific needs—setting an alarm, for example—that the next guest won’t necessarily want. “When I check out, that should go away,” George says. Alexa’s exponential proliferation has Amazon grappling with what its digital assistant can and should do in all these new places.

The pitch for a successful digital assistant has always been contingent upon it being with always and everywhere, with the data and context it needs to work. This raises significant privacy concerns, among other things, and the need to create a platform robust, and secure, enough to work everywhere. “How do you deploy computer systems that a ceiling fan company can use,” says Rishi Shandra, the product manager for Google Home.

The pressure is even greater for Amazon, because its radically open Alexa policy means developers can build voice control the same way they build smartphone apps. Amazon went from 1,000 to 7,000 Echo skills in the last seven months. That will grow even faster in the next seven. 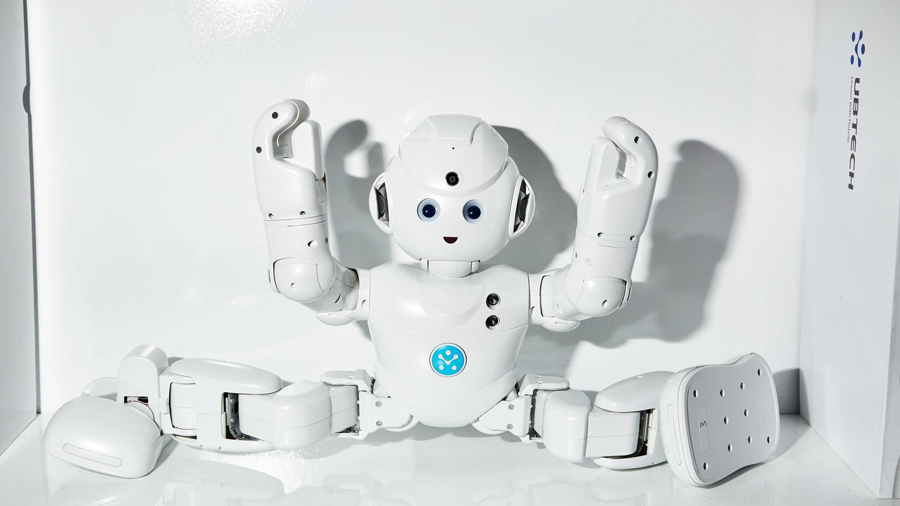