Celebrated Canadian actor and funny man Jay Baruchel has an obsession with a sport and a team — far from home, in another continent: he is a massive fan of Glasgow’s Celtic Football Club. And like millions of fans in Canada and around the world, Jay defies crazy distances and time differences to get his fix of European football.

How did Jay’s own obsession begin — and what is it about football that inspires such fanaticism in every far-flung corner of our globe? Celtic Soul follows Jay on an epic road trip with his new friend, well-known Irish soccer journalist Eoin O’Callaghan, to find out.

This is a story that spans 200 years of colorful history and that will take the duo eastward from Montreal to Westport, Ireland — where Jay’s ancestors set sail for Canada, like so many others — and finally Glasgow, where Jay will fulfill a lifelong dream: to watch a match at Celtic Park, one of the wildest and most hallowed grounds in world football. 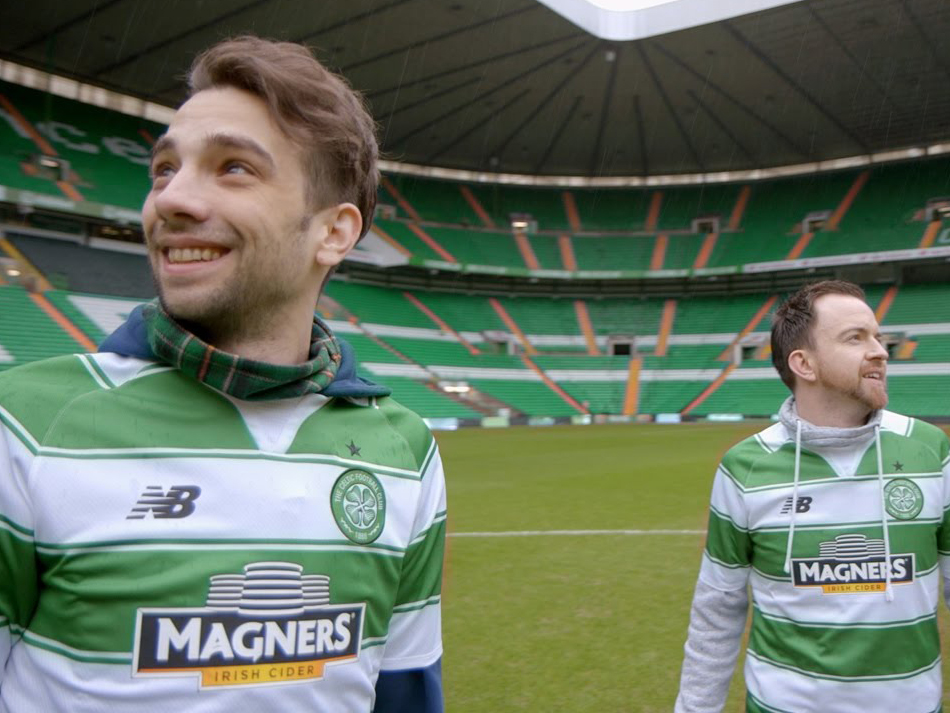