In 2016, Canada’s film industry continues to lag far behind in addressing the gender gap.

Women At the Helm, TIFF’s dialogue session, included representatives from around the world to discuss their initiatives to give more film opportunities to women, and the challenges facing them.

“Sally Caplan, the head of production at Screen Australia, explained the multiple initiatives in place to achieve a 50/50 gender split in the films down under by 2018. The amazing Anna Serner, CEO of the Swedish Film Institute, spelled out how she had already achieved gender parity in her country’s cinema.”

When Telefilm Canada’s executive director, Carolle Brabant, took the stage to deliver a major announcement that had been anticipated since the spring, women in the Canadian film industry were left unanswered.

Without any outline of their initiatives or targets, it begs the question if the gender gap is truly being addressed in Canadian film.

“Brabant sounded like that kid in math class who hadn’t done her homework, scrambling for an answer when the teacher called her to break down a linear equation. She latched onto the ’50/50 by 2020′ movement but left out the essential 50/50 part. Telefilm’s chief representative instead promised a “working group” that will meet this month to discuss how in four years it will achieve some vague sense of improved diversity (from almost none).”

“Fear and defensiveness certainly explain why Telefilm and the entire Canadian film industry have avoided this issue for so long. And make no mistake, they have been avoiding it. Brabant’s most tangible notice of improvement from the panel: ‘We’re not at the point where we’re questioning the issue any more.’”

Telefilm Canada, as the major funding body for Canadian film, has proven to be a great disappointment. But, in spite of the resistance for change, you will find many strong and clear voices from a number of groups and communities supporting women in film. Find out more about some of these groups here:

And with the need to hear a decisive and genuine outline from Telefilm Canada, Telefilm – This Is Easy is here to make the demands.

There is an abundance of amazing female talent in the Canadian film industry. Let’s see it. 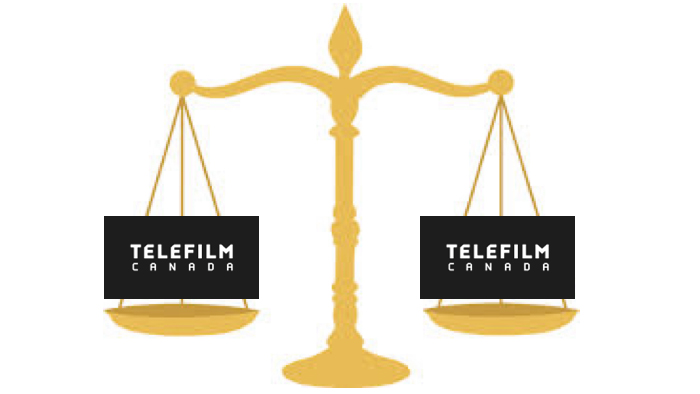