From a small Edmonton apartment, his family underfoot, one man has freed prisoners, changed policy, and defied warlords. This man passes by unknown on Canadian streets. But to Somalis across the world, he is a legend. This is the story of Amin Amir: political cartoonist, mentor, hero. After fleeing Somalia in the early 90s, Amin committed his life to ending the suffering of his countrymen. His website, a source of political art for Somalis everywhere, draws over a million hits a month. Each time an Amin Amir cartoon lights up a screen, the Somali people are given a voice. Now living a world away, Amin finds himself at the center of another struggle: the growing crisis of gang crime and Edmonton’s Somali youth. When Amin agrees to mentor a teenage dropout on the brink of joining a gang, his thoughts return to his lost homeland, and to memories buried beneath decades of conflict. 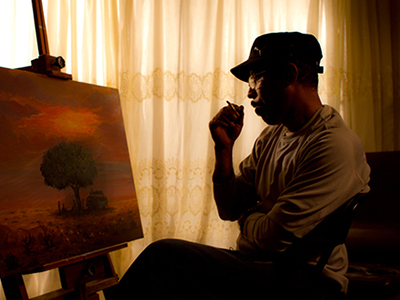