Oscar voters showered the neo-musical “La La Land” with 14 nominations on Tuesday, a tie with “Titanic” and “All About Eve” for the most in Academy Award history. But the academy also moved past two #OscarsSoWhite years by honoring six black actors — a record — and including diverse films like “Moonlight,” “Fences” and “Hidden Figures” in the best picture race.

In a surprise, Mr. Gibson also drew a nomination as best director, officially ending his 10-year status as a Hollywood pariah for his offscreen behavior. Filling out the directing field were Damien Chazelle (“La La Land”), Denis Villeneuve (“Arrival”), Barry Jenkins (“Moonlight”) and Kenneth Lonergan (“Manchester by the Sea”).

There were other surprises. “Arrival” emerged as one of the most-honored films, with support in eight categories, but its star, Amy Adams, failed to receive a nod for best actress. Instead, her slot likely went to the newcomer Ruth Negga for her understated performance in “Loving.” Joining her were Isabelle Huppert from the French film “Elle,” Emma Stone from “La La Land,” Natalie Portman from “Jackie” and Meryl Streep from “Florence Foster Jenkins.”

In an embarrassing glitch, a website managed by the academy and ABC, which broadcasts the Oscars, initially listed Ms. Adams as a nominee instead of Ms. Negga. An overeager ABC staffer made the mistake, according to an academy official. It was quickly corrected.

In a sharp contrast to the previous two years, when the academy put forward all-white rosters of acting nominees, voters chose the largest number of black candidates ever. Mahershala Ali and Naomie Harris each received a nod for their supporting work in “Moonlight.” Viola Davis (“Fences”) and Octavia Spencer (“Hidden Figures”) were also nominated for supporting actress. Joining Ms. Negga in the lead categories was Denzel Washington of “Fences.”

The Indian actor Dev Patel was nominated for his supporting role in “Lion.” Jeff Bridges from “Hell or High Water,” Lucas Hedges from “Manchester by the Sea” and Michael Shannon from “Nocturnal Animals” rounded out the supporting actor nominees.

Pundits will inevitably declare that the academy listened to the #OscarsSoWhite protests that found the Rev. Al Sharpton berating Hollywood in a preceremony rally last year. Public pressure may well have been a factor, but the outcome, in truth, may have more to do with the vagaries of moviemaking: a full slate of high-quality movies with diverse casts that coalesced in the past year.

For the first time in memory, the academy did not unveil its nominations at a news conference attended by entertainment journalists. Instead, reporters were bypassed — no chance for academy officials to be peppered with uncomfortable questions that way — and the nominations read without an audience in a presentation broadcast on Oscars.com, “Good Morning America” and other platforms.

The favorite by far going in was “La La Land,” the show-business musical directed and written by Mr. Chazelle and starring Ms. Stone and Mr. Gosling. “La La Land” collected a record seven prizes at the Golden Globes, and the film has the benefit of being about Hollywood’s favorite topic — itself. (Recent best picture winners with entertainment-industry backdrops have included “The Artist” and “Birdman.”)

The rules allow the best picture category to have as many as 10 or as few as five nominees, depending on how voters spread their support. (There were eight last year.)

The academy entrusted its previous ceremony to the producers Reginald Hudlin and David Hill, who brought in Chris Rock to scold Hollywood on diversity and created a cable-news-style scrawl in an ill-advised attempt to make acceptance speeches more interesting. Ratings dropped, and ABC, which broadcasts the ceremony and charges $2 million for a 30-second commercial, moved to take a firmer hand in this year’s telecast. Jimmy Kimmel, who anchors ABC’s late-night programming block,was selected as host.

The Oscars will be broadcast on Feb. 26.

Via: The New York Times 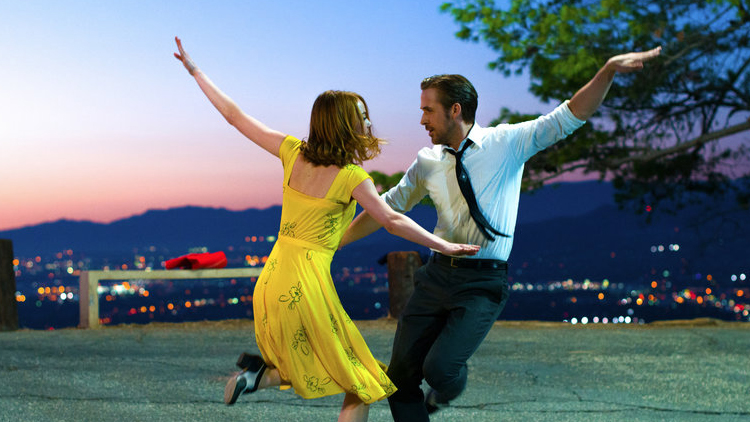